New primary and secondary schools are opening from the start of the 2017-18 academic year in all regions within Hong Kong – and offering a choice of IB programmes and the British and French curriculums from early years through to Year 13. There’s even a new primary school offering some of the lowest tuition fees in Hong Kong.
New Schools Opening in Hong Kong
By Carli Allan 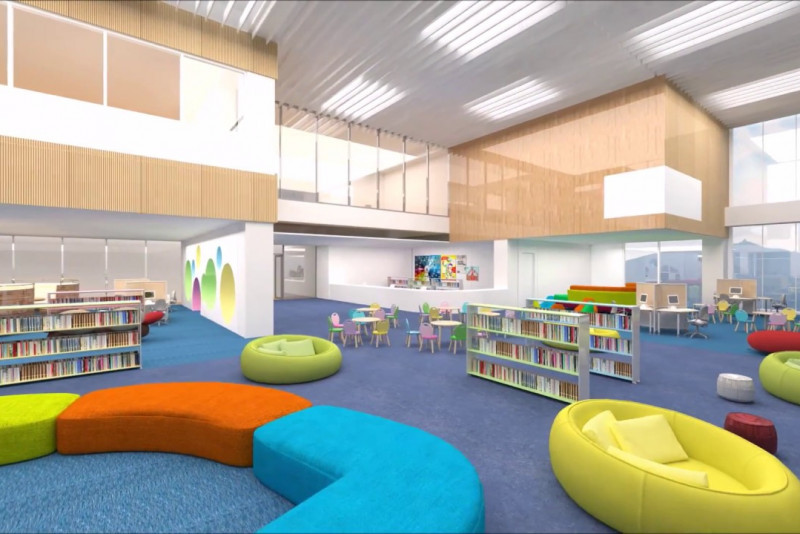 A small wave of international schools will open from 2017, helping to meet the overwhelming demand for places in Hong Kong, particularly within the early years and primary sector. Most new schools have developed greenfield sites or renovated vacant government school premises through the Education Bureau’s School Allocation Exercise (SAE), which was extended to international schools to help ease the shortage of places. Looking ahead, the government has forecast an extra 3,500 primary places and 780 secondary places by 2022.

As well as helping to reduce the waiting lists across the city-state, these new schools will offer parents more choice in terms of primary and secondary curricula. There is also a trend for elite British public-school exports here; while Harrow International has been the one and only since 2012, it will now have to compete against three new schools.

The 2017-18 academic year starts with the opening of four new schools: Stamford American School and Mount Kelly International School in Kowloon, Spanish Primary School (SPIS) in the New Territories, and HKCA Po Leung Kuk School on Hong Kong Island. All four schools will open with places in kindergarten and primary, with plans for all except SPIS to expand into all-through schools in the future. These new arrivals each bring something new to the city: a US-based education featuring a unique STEMInn programme; Hong Kong’s first prep school to offer the British Common Entrance exams; a trilingual education in English, Spanish and Chinese; and an affordable primary school with fees as low as HKD 89,800.

What we know
Stamford American School will open its Hong Kong campus in September 2017, offering an American education to students from kindergarten through to Grade 7. This follows the success of Stamford’s Singapore campus, which opened in 2009 and now has a student population of nearly 3,000. The school will follow an inquiry-based curriculum framework integrated with the rigorous American Education Reaches Out (AERO) and Common Core Plus standards.

There are plans to introduce Grades 8 through to 13 from 2018 onwards. SAS will eventually offer two graduating paths, the IBDP and the American High School Diploma, and it will be the first international school in Hong Kong to offer this choice.
SAS is part of the international Cognita group of schools, which has headquarters in the UK and educates 15,000 pupils in 50 schools worldwide. Based on the Singapore campus, we can look forward to state of the art facilities, a focus on innovation and global mentorship, and a strong athletics programme.

What we know
We are just 12 months away from welcoming Shrewsbury International School to Hong Kong. This new primary school in the New Territories has places for 850 international students aged five to 11 years, and it will offer the National Curriculum for England. Shrewsbury will build on the foundations of the renowned Shrewsbury School in the UK, a boarding school for students aged 13 to 18 with plenty of British tradition.

There will be at least six classes in every primary year group, and each with around 20 children. The purpose-built school is designed solely for primary age children, from an aquatics centre and music school to a centre of excellence for gymnastic and dance studio; other facilities include a sports hall with running track, rooftop football pitch, and science lab. The curriculum will feature languages, a focus on STEM subjects (science, technology, engineering and mathematics), the arts and PE.

What we know
This new IB school will be open to Years 1 through to 9 from 2018. Located next to the Hong Kong Science Park in Tai Po, Malvern College Hong Kong (MCHK) will bring an authentic British private school experience to students in the city state. This is Malvern College’s fourth international school and follows the launch of a campus in Qingdao, China in 2012.

Malvern College will initially offer 380 primary places, and this will rise to 980 places. The school will offer the IB Primary Years and Middle Years Programmes and, as the school expands, it will offer the IBDP by 2021. Leadership, sport and the arts will feature heavily in the curriculum. Its seven-storey state-of-the-art campus will feature some impressive facilities, including a 450-seat auditorium with concert hall-quality acoustics, 25m swimming pool, rooftop football pitch and Makerspaces. Malvern College will reserve 90% of places for foreign passport holders, and the application process involves an interview and assessment.

Malvern College Pre-School Hong Kong will open in 2017. Based in Kowloon, this will be the first school in Hong Kong to run the Forest School programme with FSA-certified Forest School leaders. In line with its sister school The Downs Malvern in the UK, this pre-school will focus on outdoor learning for students aged two to six years.

What we know
Already one of Hong Kong’s largest international schools, the French International School (FIS) will expand even further when it opens a new purpose-built campus in Tseung Kwan O in 2018. Hugely popular with the French community, FIS currently offers a dual-stream curriculum – culminating in either the French Baccalaureate or IGCSEs and the International Baccalaureate Diploma Programme – to 2,700 students across four campuses. With demand exceeding supply, this new TKO campus will allow the school to accommodate more students at a new primary and secondary school.

FIS plans to offer roughly 1,000 places within five years of opening. The fifth campus will include a lower primary school offering the international stream, which is an English language education based on the English National Curriculum; the school will open with places in Reception through to Year 3 and extend this to Year 6 by 2021. There will also be an all-through school teaching the French stream from Reception through to Year 10.

The TKO school will have up to 47 classes, 100 teachers, and roughly 1,000 students. The new campus, which is designed like a Roman villa, will house a swimming pool, gymnasium, auditorium, arts room, basketball court, library and eco-garden. The head teacher will be David Tran, and Ian Clayton will be head of the international stream.

What we know
The Hong Kong branch of the prestigious British private school, Mount Kelly, is due to open in September 2017. Mount Kelly International School (MKSHK) brings a new pre-school and prep school to Kowloon. The Austine Place campus will be dedicated to kindergarten levels, while the Hung Hom Bay site will cater to Years 1 to 6; eventually, it plans to add on Years 7 and 8.

MKSHK’s prep school will follow the English National Curriculum and prepare students for the British Common Entrance exams, which are accepted by top UK independent schools such as Eton and Charterhouse School. It will be a day and boarding school (boarding to be introduced from 2018).

Since its foundation in 1877, Mount Kelly UK has established itself as a leading day and boarding co-ed prep school in the UK’s South West. We can expect MKSHK to bring over many of Mount Kelly’s traditions, including its extensive co-curricular offering and the hugely successful Shackleton Programme, which focuses on leadership, practical skills and teamwork.

What we know
Located in Tai Po, this non-profit making international school offers a trilingual education in English, Spanish and Chinese. SPIS promises to immerse students in "these three languages throughout their school life"; lessons are split between English (40%), Spanish (30%) and Chinese (30%), and all three languages will be used interchangeably in morning assembly, school events and meetings.

The school follows the UK curriculum and offers some of the lowest fees for an international primary education in Hong Kong.

What we know
A small international primary school for just 180 children – and with affordable tuition fees – will open in August. Located in Causeway Bay, HKCA Po Leung Kuk School will offer places to children in Grades 1 to 3, aged six to eight years. The new school will follow the International Baccalaureate Primary Years Programme (PYP).

This not for profit school is operated by Po Leung Kuk, a charitable body in Hong Kong. The campus will open with basic facilities, but it really stands out for its low tuition fees. At a very affordable HKD 89,800 a year with no annual levy, no debenture and no hidden costs, HKCA is sure to attract some attention.

All lessons, except for one daily Chinese lesson (in Mandarin), will be delivered in English. The school will reserve 70% of places for foreign passport holders.

Hong Kong International School (Repulse Bay)
A new lower primary school opens at the Hong Kong International School (HKIS) Repulse Bay campus; this features a large auditorium, rooftop playground, indoor pool and full-size gymnasium. All upper primary students will have access to the facilities via a bridge that connects the two schools. Students had been relocated to HKIS Tai Tam campus while building works took place, and parents are sure to welcome a return to Repulse Bay.

The school now turns its attention to the upper primary school in Repulse Bay, which has been temporarily relocated to the Tai Tam campus until 2018 while renovation work takes place. Once this is completed HKIS will invest in new facilities for the Tai Tam campus (home to the middle and high schools). These will include a purpose-built student activity centre and a 1,000-seat performance hall.

American School Hong Kong
The American School Hong Kong (ASHK) has added a middle school (Grades 7 to 8) to its campus for the start of the 2017-18 academic year. This American school, which opened for kindergarten through to Grade 6 (ages 5-12) in August 2016, follows the US Common Core framework. The middle school will continue to offer a standards-based curriculum, will focus heavily on STEAM (Science, Technology, Engineering, Art, and Mathematics), and will include French and Spanish as well as more programmes in the performing arts and PE. Fees for Grades 7 to 8 will be HKD 182,000.

Located in Tai Po, New Territories, ASHK plans to add a high school that will offer the IBDP in 2018.

Nord Anglia International School
New dedicated early years’ campuses opened in Sai Kung in the New Territories and Tai Tam on Hong Kong Island at the start of the 2017 academic year, and these follow the Early Years Foundation Stage (EYFS) for nursery and reception years (aged three to five). Fees range from HKD 105,000-150,000.

Nord Anglia is also due to open an extension to its Lam Tin campus, which will give the school the space required to take its current student intake up to Year 11, and the end of their IGCSEs. Currently, the Kowloon-based school runs from Nursery through to Year 10. The extension includes a new five-storey classroom and sports block with a fifth-floor open sports pitch with shading for Secondary School.