Kellett School: It's Time For Change

WhichSchoolAdvisor.com meets Mark Steed, who takes over from long-serving Ann McDonald as principal and CEO of Kellett School, talk about why he's "coming in at the right time to do different things".
Kellett School: It's Time For Change
By Carli Allan 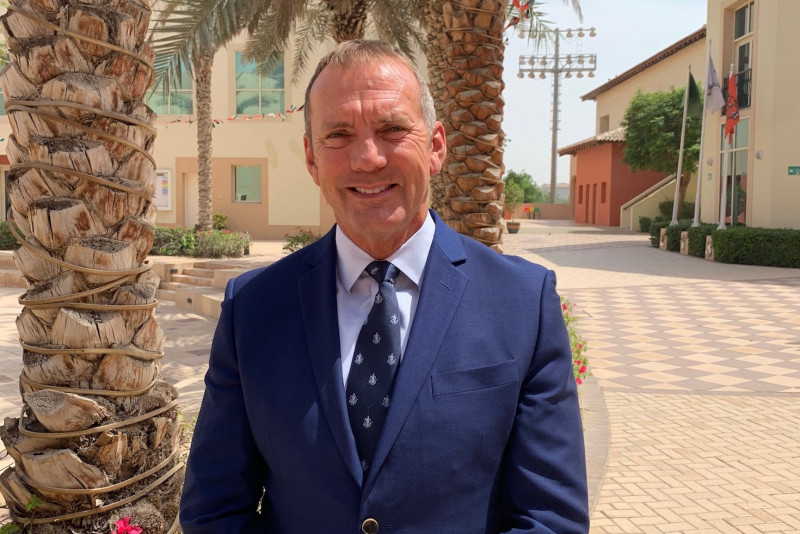 Kellett School marked the end of an era last month as principal Ann McDonald retired after more than 20 years at the helm. Taking up the mantle is Mark Steed, an experienced educator who has led international IB schools in the UAE and British public schools in the UK.

Steed was previously director of Jumeirah English Speaking School (JESS), one of Dubai's long-standing and well-loved primary and secondary schools. JESS, which is one of the few non-profit making schools in Dubai, has a student body of 2,050 across two campuses; like Kellett, it requires all parents to pay a debenture that is used for capital funding of the school.

With just a few weeks to go until the school gates open for the 2019-20 academic year, we spoke with Steed about his plans to raise the global profile of Kellett School, develop “future ready young people”, and introduce a sixth-form MBA programme.

You’ve spent the past four years at Jumeirah English Speaking School, rated Outstanding by Dubai’s private school inspectors. Why have you decided to move from the UAE to Hong Kong, and what attracted you to Kellett School?

I’m hugely committed to working in the not-for-profit sector, and Kellett is the only school I’d go to in Hong Kong for that very reason. I’ve worked in top independent schools in the UK, which were all charity schools, and my last position was at JESS, which is one of the top not-for-profits in Dubai.

Kellett has this niche in Hong Kong. So, when you get an opportunity to move within the not-for-profit sector, it’s a hugely attractive move.

You’re replacing Ann McDonald who has been at the school for the past 23 years, recently received an OBE for her services to education in Hong Kong, and is a much-loved and respected head of school. Do you feel these are big boots to fill?

Ann is a legend. She’s incredibly well-known, not only within the school community, but across South East Asia as a leading educationalist. So, yes, there are big boots to fill in that sense. Ann has taken Kellett from a primary school to an all-through school across two sites; she’s done an incredible job and established it at a very high level in terms of results.

It’s always the challenge to take over from someone so iconic, but I’ve done this twice before in other jobs. At both Berkhamsted School in the UK and JESS in Dubai I’ve taken over from people who’ve made a really significant impact over a period of time. We all have different skillsets as school leaders, though, and it’s all about coming in at the right time to do different things.

During McDonald’s time as principal, Kellett has grown from a small primary to an all-through school with more than 1,300 students at campuses in Pok Fu Lam and Kowloon Bay. What “different things” do you plan to focus on during your first year as head of school?

It’s important to revisit and rehearse the values of the school and have a strong understanding of where the school is – and where you want to go. The rest then falls into place.

One of the things I will do at Kellett is to take its reputation beyond the reach of Hong Kong and into the UK. It’s important that the school is really well-known globally, both for teacher recruitment and for students going into university.

The other challenge I face is around secondary education. We need to move away from the idea that the school is a feeder into UK boarding schools. As Kellett has matured and achieved higher A Level and GCSE results, it has become a genuine alternative to UK boarding schools. We need families to see Kellett as a good reason for staying in Hong Kong. That will be one of my main priorities.

Kellett School remains one of Hong Kong’s most popular international schools and has a waitlist for most year groups. What do you think makes this school so popular?

Kellett is a genuinely British expat school. Years ago there were lots of schools offering A Levels but then the English Schools Foundation (ESF) shifted to the IB programme; that’s left very few A Level schools here in Hong Kong. It has left Kellett as the British international school in Hong Kong. That’s its USP.

Although there are several new schools coming in, Kellett has the advantage as it is a well-established school with a track record of delivering a strong primary education and high GCSE and A Level results. Also, as a not-for-profit school, Kellett doesn’t have a two-tier management structure where owners and partners are pulling in different directions. Instead, Kellett has a parent-driven governing body with a very clear focus on the children.

I don’t think any school in Hong Kong can be complacent though – and I love competition! I can say that after running Berkhamsted Day School, which had competition from seven of the top 10 academic schools in its catchment – and we still managed to grow.

Kellett School is one of the very few international schools in Hong Kong that offer A Levels. You’ve worked with the IB programme at JESS and A Levels at Berkhamsted School. Is one system better than the other?

I’ve worked in both systems at a high level and there are advantages to both – and I don’t buy into the specialist versus non-specialist argument.

The IB is not really a qualification, it’s a whole educational philosophy with a qualification attached. It’s a beautifully rounded education, which is great, but it doesn’t leave much room for anything else. The main negative around IB is that it takes up so much time.

A Levels allow a greater freedom of time; that’s the biggest difference I’ve come to realise. Good schools will fill that time productively, with either IB programmes or initiatives that allow students to explore other things.

We need to move away from the idea that we study to pass an exam. Qualifications are not as important as they used to be. What’s important is what you learn along the way – and A Levels allow for that. At my last school in the UK we ran a sixth form MBA programme over four terms; you just couldn’t that at an IB school as you wouldn’t have the time to fit it in. I’m now really looking forward to having the space in an A Level curriculum at Kellett – and I would love to introduce a sixth form MBA programme here, as well as lots of skills-based learning.

What are the main challenges facing educators in the next five years?

We need to ask, what is the role of qualifications in education? Employers are looking for skills, so schools and education need to be preparing people for that world.

GCSEs are becoming far less important, and UK independent schools are reducing the number of GCSEs to introduce other programmes. The greatest challenge we face in secondary is ‘how do we prepare students for the 21st century while we still have this 20th-century exam framework?’. For example, Wimbledon High School in the UK has decided to cut the number of GCSEs its pupils study to nine to make room for a course in PPE (Philosophy, Politics and Economics). So, we may start seeing a reduction in the number of GCSEs studied from 11 to perhaps nine or 10.

What I’ve learnt the most from the UAE is that the international market is a very different world to the UK independent and state sectors. For example, there are very different pressures on staff in terms of recruitment retention. Also, schools in the UAE are genuinely multicultural; you can have 86 passports within a school and students talking many different languages. This gives you a much richer, broader view of education.

You’re moving to Hong Kong with your wife Samantha, who is also an educator and will be moving into a new role as director of lower school education for Harrow International Schools. What are the advantages of sharing a career in education?

It’s great being in a relationship where you have shared values and goals because there are overlaps, and we’ve both learnt from each other. For a secondary-trained head I know more about early years education now, all because I have a very good tutor at home! In that sense we complement each other very well. But we have a normal life outside school too – and we have five children, so there’s always them to talk about!