As Hong Kong students settle into the new academic year, the results for the 2019 IGCSEs have been released. How did students in Hong Kong perform? Which schools have published their results?
Hong Kong: 2019 IGCSE Results Revealed!
By Carli Allan 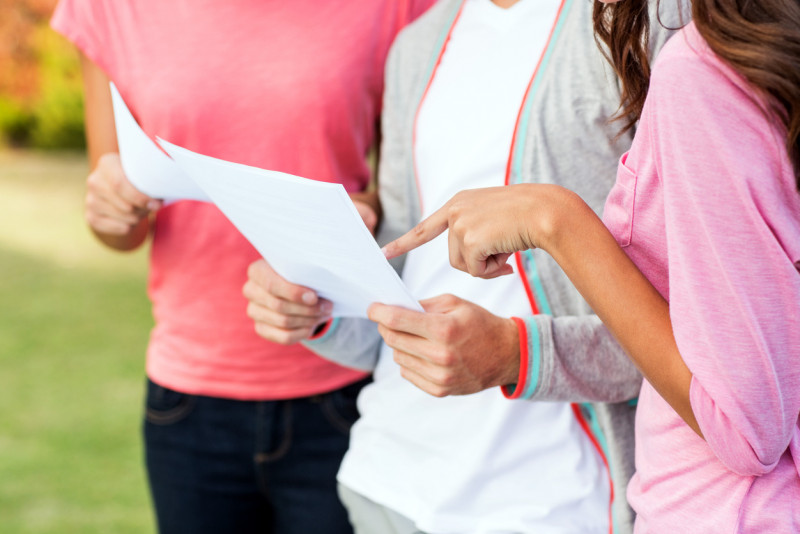 Given the new, 'higher' standards, the results of Hong Kong students, detailed below, are all the more impressive. We will continue to add to this table as schools provide further data.

So far only Sha Tin College and South Island School have published their individual results.

STC vice principal Kellie Fagan said: "With the Senior School team on hand to continue their support, we trust that our students will celebrate their personal achievements, as well as the achievements of their peers. Many thanks to teachers and support staff, and importantly parents, who all played a significant role in the accomplishments of our students.

"Each student will have followed their own learning journey over the past five years, and we congratulate them all, and wish them continued success in their Y12 studies."

While the school was keen to highlight that “Not everyone can get a top grade, or top grades would cease to have any meaning”, it did celebrate the achievements of its top-performing students. 57% of grades on the A*-G scale were A*/A, and 46% of grades on the 9-1 scale were 9 or 8. Two students – Ranen Pang and Adele Lo – scored top grades in every subject they sat.

South Island School principal Tom Vignoles said: We are extremely proud of the energy and effort that all of our students have put in to their studies, leading to another great set of outcomes.

"Whatever your grades, you have worked hard, and so many of you have achieved the ESF vision of ‘being the best that you can be’. You have built yourselves a very strong platform for your further studies at IBDP or IBCP, and we look forward to seeing you go on to even greater things in the next two years. Congratulations to every single student on their personal achievements.”

In addition, 28 FIS students were awarded the Cambridge International Certificate in Education (ICE) with 16 achieving distinction and 11 merit. This award honours learners who pass examinations in at least seven subjects from five different subject groups.

Head of the International Stream Ian Clayton said: “Congratulations to alI our 2019 IGCSE graduates! Their dedication and hard work over the last 2 years along with support provided by their teachers and parents have led them to achieve their own personal best. We are looking forward to welcoming them into Year 12.”

The vast majority of Kellett students will now take up a place in its Sixth Form to study A Levels.

Almost a third of Harrow students achieved nine 9s /A* grades or more and will be awarded honorary scholarships as they begin Year 12 at the school. More than two thirds of students achieved 9s in history, mathematics and physics, whilst more than 80% of all grades in biology, Chinese foreign language, French, physics and Spanish were 9-8.

Headteacher Ann Haydon said: “I am absolutely thrilled by our pupils’ performance. These are a testament to the hard work and dedication of our pupils, and also the commitment and guidance of our teaching staff who regularly go above and beyond to support, encourage and help bring out the best in our pupils. These results prove that Harrow Hong Kong is a world-class school.

“No pupil wakes up one day and achieves 9s and A*s without drive and motivation. Our GCSE pupils have achieved record-breaking results whilst immersing themselves in the 230+ Super-Curriculum and Co-Curricular activities that the school offers.”

Nord Anglia’s first cohort of IGCSE students have set a strong standard to follow as 100% of students were awarded 5 or more A-C grades in their subjects, and 55% of grades were at the top level of A or A*.

Principal Brian Cooklin said: “It is very exciting as we reach a milestone in the development of the school. This year, it has been the results of our first IGCSE cohort. These are fantastic results which have been achieved as a result of the commitment and hard work of all the students and teachers.

“As teachers, we await the exam results with great anticipation – it gives us great satisfaction to see students succeed and, often, exceed our expectations. It is a validation of all the work and time invested in supporting them. Now we have to do the same for the new Year 11 students and for our IB Diploma cohort starting this year.”

A total of 65 Secondary Four (S4) students at Singapore International School Hong Kong (Secondary) sat their IGCSEs in May, and 76% of the grades attained were A*-A, while 47% were A*. Two students achieved 11 A* while 16 students achieved 10 A*. 92% of students who took the maths IGCSE achieved A*.

Principal of SISHK Kelvin Tay said: “We are very proud of our students for their excellent performance. Our students truly live out our SISHK Spirit by doing the right thing and giving of their best. We would like to thank our parents for their support and our staff for bringing out the best in our students. We wish our students all the best as they continue their learning for life and strive for excellence!”

Executive principal Martin Scott said, “Congratulations to all the Year 11 students and the school for their excellent achievements. Such results symbolize the success and commitment of YCIS’s unique educational approach in nurturing academically able students with bilingual proficiency, global and multi-cultural mindset and prepare them for the challenges in the 21st century.

“It is the collective efforts of the school, students, teachers and parents. We look forward to further developing and equipping our students as they move onto the IB Diploma Programme and further studies, and wish them all the very best.”