As well as tuition fees, what else will you have to pay for a primary or secondary education at one of Hong Kong’s international schools?
$1,000,000: The Cost of a Hong Kong Education
By Carli Allan 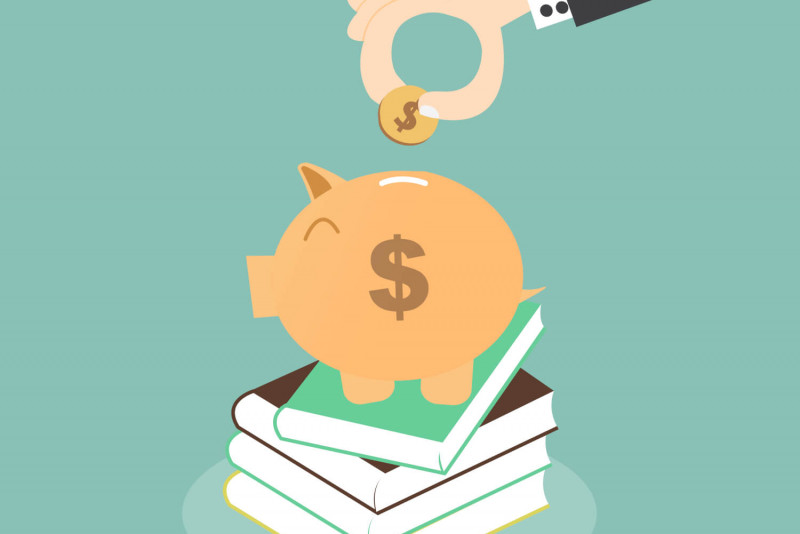 Hong Kong is consistently ranked as one of the most expensive places to send your child to school.

According to a survey undertaken by HSBC in June 2017, families in Hong Kong pay more than HKD 1 million per child for the duration of their education from kindergarten through to the end of undergraduate studies. This covers everything from tuition fees through to school uniform. However, it’s important to note that Hong Kong is also rated one of highest-achieving education systems in the world. According to the Pisa rankings, which are based on tests taken by 15-year-olds in more than 70 countries, Hong Kong ranks second for maths and reading, and ninth for science.

So, just what can you expect to pay for an education at one of Hong Kong’s international primary and secondary schools?

Tuition fees: English Schools Foundation (ESF)
Schools operated by the English Schools Foundation (ESF) have a reputation for offering some of the lowest tuition fees within Hong Kong’s private school sector. The ESF has a standard fee structure, which applies to all its kindergartens, primary and secondary schools. At ESF’s primary schools including Kennedy School and Kowloon Junior, fees start at HKD 106,500 in Years 1 and 2 and drop to HKD 89,200 in Years 3 to 6.

Until 2016, ESF schools received a government subsidy, which meant that fees were lower compared to other international schools. However, this annual HKD 283 million subsidy from the government is being phased out over the next 13 years. In the 2017-18 academic year, Years 1 and 2 will no longer be subsidised by the government. This helps to explain the higher fee for Years 1 and 2. Parents are already bearing the brunt of this change as ESF fees for 2017-18 were raised between 5.4 and 27.5%.

ESF’s two Private Independent Schools – Discovery College and Renaissance College – have a separate fee structure. While the tuition fees are on a par with ESF’s primary schools, both colleges have higher tuition fees for secondary education – at least HKD 20,000 more per year. The two PIS also charge a non-refundable building levy (NBL) – an annual payment of HKD 6,710 at Discovery College and a one-off charge of HKD 50,000 at Renaissance College.

Tuition fees at International Baccalaureate (IB) schools tend to be considerably higher, which makes sense. The IB demands more teachers per pupil. It is more resource intensive in general than any other curricula, particularly compared to A Level against the IB Diploma with more subjects taught. Indian curricula (CBSE and ICSE) by contrast are, in general, less resource intensive, and most accommodating to larger classroom sizes and to teachers coming from regions where salaries (in global currency terms) are lower.

Debentures
Most international schools in Hong Kong sell debentures to parents in exchange for highly sought-after places. Also known as individual nomination rights and capital contributions, this money gives students fast-track entry to a school – something that some parents will feel is a price worth paying.

Debentures range from HKD 100,000 to as much as HKD 5 million at one of the city state’s top performing schools. The money is used by the school for building improvements, campus facilities and other capital costs. Many schools will offer both corporate and individual debenture and, in most cases, the debenture is refunded when the student leaves the school.

Capital levy
Families of students at most international schools are required to pay an annual capital levy (ACL) – or pay for a debenture. Capital levies, also referred to as capital enrolment fees, are annual non-refundable payments that are charged per student. They range from HKD 6,700 at Discovery College and HKD 10,000 at Singapore International School to as much as HKD 60,000 at Harrow International School.

Other schools including Nord Anglia International School charge a higher one-off non-refundable payment of around HKD 100,000. Some schools will let you pay this in monthly instalments.

Alternatively, schools charge a mandatory refundable debenture; Yew Chung International School, for example, charges families up to HKD 470,000, which is refunded once the student leaves the school.

Mandatory charges
In addition to the tuition fees and capital levy or debenture, be prepared to pay for the following throughout the academic year:
• Application fees – range from HKD 500-3,500
• Assessment fees – range from HKD 500-3,500
• Deposit or entrance fee – charged when you accept a school place, this deposit is HKD 10,000 and HKD 16,000 at ESF primary and secondary schools respectively, and ranges from HKD 10,000-100,000 at other international schools
• Uniform – while the basic school uniform may be quite inexpensive, when you add on the extras such as PE kits, school swim kit and branded towels, school goggles, branded bags, approved shoes, trainers, football boots, lunchboxes, water bottles, hats, and winter/summer uniforms it all adds up. So, budget for around HKD 500-1,500
• Many secondary schools operate a 1:1 technology programme, so you’ll need to budget for the cost of an iPad or laptop
• School trips –  field trips and overnight camps are the norm for many schools, while older children are given a taste of global travel with expeditions and charity fundraisers across South East Asia.
• Exam fees – expect to pay roughly HKD 1,000 for each set of exams
• Learning support fees
• Books
• Graduation fees – approximately HKD 2,000

Optional charges
While these charges are not compulsory, you may want to budget for extras such as school dinners and extra-curricular activities:
• Canteen/school dinners – expect to pay approximately HKD 30 per day for a hot meal and drink
• School transport – an essential service for many parents in Hong Kong, the average bus service costs around HKD 1,000 to 35,000 annually
• Extra-curricular activities – although these are sometimes provided free of charge by the school, some activities are ‘paid for’ services from outside agencies
• Individual music lessons

Sibling discounts
Many schools will offer discounts for siblings, occasionally for the second child but more commonly in Hong Kong for the third child onwards.

Financial assistance scheme
These schemes are available at many schools for families who experience financial hardship due to a sudden and unexpected change in circumstances.

Click here to read more about scholarships in Hong Kong.