What are the advantages of sending your child to a nursery or pre-school attached to an international school in Hong Kong – and where can you find one?
Hong Kong Pre-Schools: Need To Know
By Carli Allan 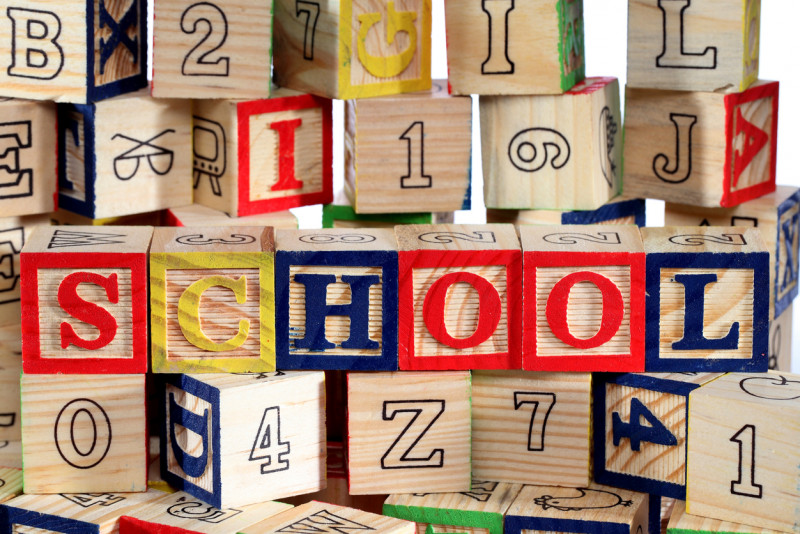 Several international schools in Hong Kong offer pre-school education for children from as young as two months through to five years. But is this right for your child? While these schools attached to all-through campuses will often follow the same curriculum and play-based learning as standalone nurseries and kindergartens, they offer a variety of pros and cons.

To help create that ‘small school feel’, these schools house their nursery and kindergarten classes in a self-contained early-years’ centre with its own community of classrooms, learning pods and recreational areas. This can offer families the best of both worlds – many of the advantages found in smaller schools with all the benefits of a large, fully-equipped campus.

Why should I send my pre-schooler to an international school?

Children can benefit from being part of a larger school environment with all the opportunities that an all-through school can offer. These can range from access to sports and arts facilities to after-school activities and bilingual programmes. They often have lessons from specialist subject teams, such as Mandarin, swimming, music, dance and PE, and have access to outstanding facilities that smaller nurseries simply cannot offer.

From a young age, children become familiar with the ‘big’ school surroundings and with the routines and boundaries of a school. For example, they will become a member of the same house as their siblings and get involved in house events from day one.

For families with more than one child, it is convenient to send all children to one school. It can mean automatic enrolment into Year 1/Grade 1 once the child reaches primary age. And, if the school offers a sibling discount, it can be cheaper too.

Harrow Hong Kong, an all-through British school with more than 1,000 students, has an early years’ centre for three to five -year-olds. Assistant head and head of early years Sue Lessiter explains the advantages of sending your child to Harrow’s K1 and K2 classes.

“The systems in the nursery are either the same or very similar as the older year groups. For example, as the whole school has an agreed behaviour policy, the children who start with us as three-year-olds and move through the school, do not have to adapt to different systems as they grow. High expectations are schoolwide and all staff and children understand them.

“The phonics programme runs through the school and builds year upon year so that each year group knows what has been taught previously. Lots of groundwork, pre-reading skills, listening games, mark making etc are started in K1 to prepare them for the next year.

“We have a large number of siblings in the school and during special events or assemblies it is nice for the younger children to see their brothers and sisters. Parents also know that they don't have to co-ordinate pick-ups, drop offs and events plus different school holiday dates between a number of settings.”

What are the disadvantages?

Attached pre-schools such as the one at Harrow have followed the example of most nurseries by offering flexible timings, as well as weekly and daily options. However, they cannot always match the small class sizes, low teacher:student ratios, and intimacy of a standalone nursery – and they will only offer pre-school childcare during term-time. Also, parents may simply prefer the charm and warmth of a small nursery that has a genuine village feel.

One of the strengths of a standalone pre-school is that it’s easier for children to have that feeling of belonging – and this can be harder to deliver in a school that has hundreds of students as old as 18 years. However, as Sue Lessiter from Harrow explains, schools work hard to ensure that their youngest students feel settled from day one.

“At Harrow we have introduced a staggered start system for the youngest children. We have short inductions sessions where parents are welcome to stay and play with their children, then part time sessions which include either snack or lunch for two weeks before they start full time. We have a flexible approach and will extend the part time period for any child who is struggling with the length of the day which is 8am to 2pm.

“Any children who have difficulty saying goodbye to their parents are supported by staff and the parents will receive a phone call or email to let them know how their chid is once they have settled.

“We aim to ensure that all children feel safe and secure in school. We are located in a separate location from the rest of the school, but within easy reach of facilities such as the sports hall, playgrounds, swimming pool and shared areas. Once the children are familiar with the Early Years Centre, we introduce them slowly to other parts of the school.”

Which school groups have standalone pre-schools?

Parents also have the choice of enrolling their child into a standalone pre-school that is run by an international school group. English Schools Foundation, the largest provider of international education in Hong Kong, has five kindergartens at various locations; Nord Anglia has opened two pre-schools at sites that are separate to its main Lam Tin campus; and Cognita, which runs Stamford American School, Hong Kong, also owns the family of Woodland Pre-schools. In addition to its main campus in the New Territories, Malvern College has two pre-schools: it opened one in Kowloon in 2017 and opened a second on Hong Kong Island in August 2019.

These pre-schools offers various advantages. Students can be given priority for admission into primary school. For example, children graduating from an ESF kindergarten get priority and an interview-free process when applying for Year 1 at an ESF school.

Although these pre-schools do not share facilities with their main campus, they do prepare their students for a smooth transition into ‘big’ school. For example, specialist teachers work at all three campuses in the Nord Anglia group – including the pre-schools in Tai Tam and Sai Kung – so students in all year groups are familiar with them as they move up the school from nursery onwards. Also, whether attending an attached or standalone pre-school, students who stay with the same school group have a greater chance of continuity in terms of friends and routine.

What are the differences in pre-school curriculum?

In terms of curriculum, parents have a choice at both standalone and ‘attached’ pre-schools. From ages three upwards, most schools will follow the International Baccalaureate Programme (PYP), the UK’s Early Years Foundation Stage Framework (EYFS) or a Reggio Emilia-inspired curriculum. Most pre-schools will teach Mandarin, but this can range from one lesson per week to a full immersion or bilingual programme at schools including The International Montessori School (IMS).

Before making a decision about which pathway to follow for your pre-schooler, explore your options here. WhichSchoolAdvisor has rounded up our top international schools in Hong Kong with a pre-school on campus, with information on everything from facilities to flexible timings, specialist subjects to sibling discounts.

Next: Which international schools offer a pre-school education in Hong Kong?