How to Get Into a Good School in Hong Kong

A guide to the school system in Hong Kong, including ESF, international and government schools; curricula and fees, and school places and the application process.
How to Get Into a Good School in Hong Kong
By Carli Allan 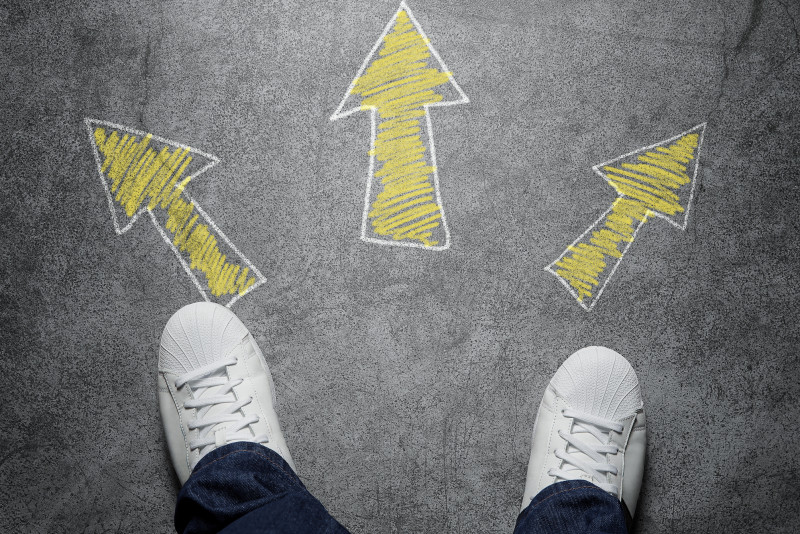 There are two main types of school within Hong Kong. The government-run schools offer free primary and secondary education. The private schools are divided between international schools, those schools that are operated by Hong Kong’s largest provider of private education, the English Schools Foundation (ESF), and Direct Subsidy Scheme (DSS) schools that receive subsidies from the government.

Confused? Don't be. In this guide we take you through the options available to you as a resident in Hong Kong...

Demand has outstripped supply for many years in Hong Kong’s international schools, but recent action by the government could see 3,500 more primary places and 780 extra secondary places. The government’s Education Bureau, which controls the development and expansion of all international schools, is actively supporting growth within this sector. The School Allocation Exercise (SAE) is an open and competitive bidding process for the allocation of vacant school premises and greenfield sites – and in 2008 the Education Bureau made a crucial decision to extend this process to international schools.

Consequently, several new international schools have opened as part of the SAE. Most recently, American School Hong Kong opened a kindergarten and primary school in 2016, and a middle school in 2017; it will add a high school to its Tai Po campus in 2018. Shrewsbury will open a primary school in 2018; the French International School is expanding its student population across multiple locations with the opening of a new campus in 2018; The Harbour School opens two new campuses in 2017; and Malvern College will open in 2018.

International schools: at a glance

There are at least five new international schools opening between 2017-2019, so the choice is widening year on year.

English Schools Foundation (ESF)
The English Schools Foundation (ESF) was founded in 1967 to manage a network of English-speaking schools. Until 2016, ESF schools received a government subsidy, which meant that fees were lower compared to other international schools. However, this annual HKD 283 million subsidy from the government is being phased out over the next 13 years; in 2017-18, Years 1 and 2 will no longer be subsidised by the government. Parents are already bearing the brunt of the change, and ESF fees for the 2017-18 academic year were raised between 5.4 and 27.5%.

ESF has a traditional structure of separate primary and secondary schools; the exceptions to this are its two all-through Private Independent Schools (PIS), Renaissance College and Discovery College. The ESF has nine primary and five secondary schools located across Hong Kong, which are all non-selective. The schools are divided into geographical zones and only accept students within a certain catchment area.

After working with A Levels for more than 40 years, ESF schools switched to the International Baccalaureate (IB) programme in 2007. All five of its secondary schools offer IGCSEs and the IBDP; there are also plans to introduce the International Baccalaureate Career-related Programme (IBCP) from 2018 at some secondary schools including West Island School. All primary schools are currently phasing in the IB Middle Years Programme (MYP) for Years 7 to 9 to replace the previously bespoke curricula offered by each school.

The ESF average score in the 2017 IB results was 35.8, which compares very favourably with the global average of 29.9.

The admissions process for all ESF schools includes an online application, interview and assessment, and parents should apply schools during the Central Application period (Sept 1 to 30) by indicating their area of residency; applications are also received throughout the year though.

Most ESF schools have a waitlist and its website is updated as places become available.

Private Independent Schools (PIS)
Private Independent Schools (PIS) are part of the international schools’ sector and offer a non-local curriculum. These schools are given government assistance, which is limited to land on a 10-year lease and a grant to construct a school building. They are founded to meet the demand for school places from local families who are seeking an alternative to international schools, and at least 70% of their student population must be Hong Kong permanent residents.

PIS include Discovery College and Renaissance College, which are both run by the ESF; they differ from other ESF schools as they do not have a catchment area, do not offer IGCSEs (instead they offer the full IB programme), and tuition fees are slightly higher. Other PIS include Yew Chung International School Hong Kong (YCIS), Independent Schools Foundation Academy, International Christian School, Po Leung Kuk Choi Kai Yau School and Po Leung Kuk Choi Kai Yau School.

There is a wide choice of all-through schools offering an education from nursery through to Grade 12/Year 13 (IBDP and A Level), and a smaller offering of standalone primary and secondary schools.

The academic year runs from August to June at the majority of schools. There is no centralised system of inspections or reports for international schools, but some schools are inspected independently by agencies such as the British Schools Overseas (BSO) and the Independent Schools Inspectorate (ISI).

Annual tuition fees are high, ranging from HKD 110,000 to 160,000 for Year 1 primary through to HKD 122,000 to 195,000 for Year 13 secondary – and that’s often just the tip of the iceberg. You’ll also need to budget for additional charges (some optional) including an annual non-refundable capital levy, application fees, enrolment fees, technology fees, contributions to the parents’ association, extra-curricular activities, exams and field trips. Extra costs also include uniform, school transport and lunches. Education in Hong Kong is expensive for a reason though: campuses have state-of-the-art facilities, modern classrooms, the latest technology, international teaching staff and opportunities for global study.

International schools are required to seek the government’s approval for any fee adjustment.

“International schools need to justify their fee adjustment proposals by their explicability, benefits to students, whether the schools demonstrate sound financial position and the impact in enhancing students’ learning.”

The most competitive schools will sell monetary debentures that give you priority in the admissions process; these range from HKD 500,000 for an ESF school to HKD 10 million for a top international school. Priority can also be given for nationality, for example German, Swiss and Austrian nationals prioritised by the German Swiss International School, and siblings at the school.

To apply to an international school, you need to submit a completed application form (for many schools this is online) and the following documents:

Parents will then be contacted with a date for an admission interview or assessment at the school.

International vs ESF schools
The main differences between the two are:

Direct Subsidy Scheme (DSS) Schools
Direct Subsidy Scheme schools are private primary and secondary schools that receive a subsidy from the government. The scheme was introduced by the Education Bureau in 1991 to help improve the offering of private education in Hong Kong. DSS schools have the freedom to design their own curriculum and set their own school fees. Although DSS schools must focus on offering a curriculum that targets local students and prepares them for local examinations, some also offer the IB programme.

Fees are typically significantly cheaper than international schools, and most schools have their own admissions policy rather than following the government’s Primary One Admission system (POA) or Secondary School Places Allocation (SSPA) scheme.

Government schools
Some expats choose not to take the international schools route, and instead send their child to a Cantonese-speaking government school.

Government schools are fully funded by the Hong Kong government, they teach primarily in Cantonese, and they are open to and free for all children. There are roughly 600 government primary schools and around 500 secondary schools to choose from, and the curriculum is based on the UK system.

Exams are held in the final two years of primary school, which determine the secondary school that each student may be eligible to attend. Secondary school includes the junior years (Forms 1, 2 and 3); after this, students enter Forms 4 to 6, a period called Matriculation, which prepares them for university. At the end of Form 6, students take the Hong Kong Diploma of Secondary Education (HKDSE) exam.

The academic year runs from September to June, the average class size is 27 in primary and 28 in secondary, and the only additional costs for parents tend to be uniform and books.

In response to the shortage of places at international schools, the Education Bureau is encouraging expats to apply to a government school. Foreign students can enrol in the local school system on the condition that they hold a valid visa and a Hong Kong Identity Card (HKID); once accepted, they are signed up to various programmes for non-Chinse speaking students (NCS) to help them settle into the school.

There is also a choice of Direct Subsidy Scheme (DSS) schools, which are semi-private schools that receive government funding but have greater autonomy. Some DSS schools such as the top-performing St Paul's Co-Educational College offer the IB programme.

Government schools: application process
For primary schools, parents must apply to the Primary One Admission system (POA). They have the choice of applying for central allocation admission, where they are given a choice of schools within their neighbourhood, or discretionary places admission, where they can apply to just one school in or out of their residential area.

Students must be five years and eight months in the September that they wish to enrol in P1. Applications are made in September, parents make their choice of schools in February, and places are allocated in June.

Under the Secondary School Places Allocation (SSPA) system, students are allocated a place based on their primary results. New arrivals can apply directly to the Education Bureau’s school places allocation section.