Parental Sportsmanship- Have You Got It?

Parental Sportsmanship- Have You Got It?
By C Hoppe 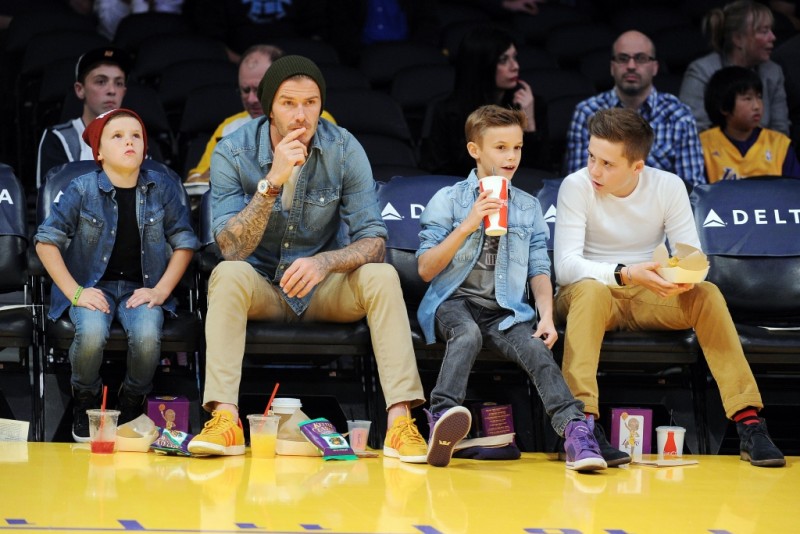 It's that time of year again, sports days, swim galas and team championships are upon us once more. And, while we cheer on our little darlings it's time to take a moment to think about how our performance as parental-supporters measures up.

How can we as parents make the experience more positive and encouraging and avoid becoming 'that parent?' You know the one, the dad who argues with the referee, the mum who wants the sack race re-run and the couple who berate their kid before he/she is even off the field?

In the excitement of the game it can happen to the most unlikely parents. Don't believe us? Back in 2012 footballing icon, David Beckham was reportedly removed from the spectator stand for arguing with son- Romeo's football referee.

Focus on sportsmanship- Kids watch you and learn from your behaviour. If your emphasis is continually on the result and not the game, they will focus on that too. "Parents demonstrative in showing displeasure during a contest are sending the wrong message. Encouragement is crucial -- especially when things aren’t going well on the field," says Brown.

Assess the goals of both you and your child- Both Brown and Miller suggest writing down your aims for the season and getting your child to do the same. If the lists differ significantly-then you need to take action. Often kids mention simple things like having fun and making friends, while parents want ribbons and glory.  “Athletes say their parents believe their role on the team is larger than what the athlete knows it to be,” Miller says.

Be aware of your behaviour- Many parents don't realise it, but they behave differently depending on if the child has won or lost. "Many young athletes indicate that conversations with their parents after a game somehow make them feel as if their value as a person was tied to playing time or winning,” Brown says.

Never undermine the coach- Avoid yelling from the side lines and questioning decisions on the ride home. Kids require a single instructional voice and no distractions if they are to perform at their best.

Sadly around 75% of kids who play organised games quit by the age of 13. And, while some might have reached their peak and others simply find different interests, many claim its their parents who just become too insufferable.

Rob Miller of Proactive Coaching LLCS says, "sport is one of few places in a child's life where a parent can say, 'This is your thing,’ athletics is one of the best ways for young people to take risks and deal with failure because the consequences aren’t fatal, they aren’t permanent. We’re talking about a game. So they usually don’t want or need a parent to rescue them when something goes wrong."

"Once you as a parent are assured the team is a safe environment, release your child to the coach and to the game. That way all successes are theirs, all failures are theirs."

According to thepostgame.com a three decade survey by respected sports coaches Bruce Brown and Rob Miller of Proactive Coaching LLC asked sports- men and women, "What is your worst memory from playing youth and high school sports?"

And, the overwhelming response? "The ride home from games with my parents."

However, these aren't the children of stereotypical 'pushy-parents' but people just like us. Those who just can't stop themselves discussing the game/competition on the way home. Inadvertantly, they begin a conversation before the child has even had a chance to process the event themselves.

Brown says, "In the moments after a game, win or lose, kids desire distance. They make a rapid transition from athlete back to child. And they’d prefer if parents transitioned from spectator – or in many instances from coach – back to mom and dad. ASAP."

"Sure, an element of truth might be evident in the remarks. But the young athlete doesn’t want to hear it immediately after the game. Not from a parent. Comments that undermine teammates, the coach or even officials run counter to everything the young player is taught. And instructional feedback was likely already mentioned by the coach."

"Let your child bring the game to you if they want to."

Brown insists all parents actually need to say to keep children engaged and happy with their chosen sport, is simply, "I love to watch you play."

How to be an encouraging parent?

Cheer on everyone in the team, not just your child.

Be a listener and encourage: Be there when your child want to talk.