Hong Kong
“You can leave Hong Kong, but it will never leave you.”
Nury Vittachi
Hong Kong: The City of Dreams
Sai Kung
New Territories, UAE 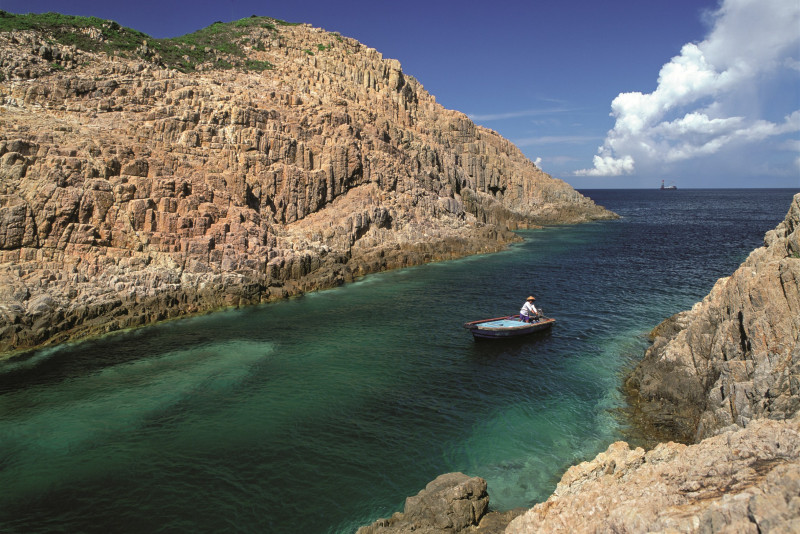 The Sai Kung District is fondly known as the back garden of Hong Kong – and one glance at its stunning scenery will tell you why. Here’s a large corner of Hong Kong where you can hike through the hills and swim off sandy beaches just a stone’s throw from home. And, if you’re still hungry for more, it’s also a prime spot for some of the city’s tastiest (and freshest) seafood.

Located in the New Territories, this is one of Hong Kong’s largest districts. Although it’s well connected to the cities, Sai Kung feels worlds away from the hustle and bustle. In contrast to the densely populated neighbourhoods in Hong Kong Island and Kowloon, this coastal region is overflowing with beautiful scenery, quaint villages, stunning seascapes and country parks. Natural attractions include the UNESCO Hong Kong Global Geopark with its volcanic rocks, cliffs, sedimentary formations and sea caves. Its offshore islands welcome visitors to the shores of their well-preserved country parks. There are also plenty of reminders of the past here, including Hung Shing Temple at Kau Sai Chau, the Tin Hau Temple at Fat Tong Mun and the Che Kung Temple at Ho Chung.

Sai Kung has also opened its doors to civilisation though. The majority of its residents live in the new town Tseung Kwan O, which has been developed with modern high-rise residential estates, international schools and plenty of amenities including a sports ground, library and shopping complexes. Those looking for a less contemporary, more laidback lifestyle, head to Sai Kung Town. Homes here boast mountain and sea views, and neighbours become best friends in this close-knit community. This former fishing village is also the go-to destination for the finest seafood restaurants, with two Michelin-starred restaurants to its name.

With the dual appeal of a wonderful waterfront and deep-fried squid, the Sai Kung District is popular with tourists and city dwellers looking for a weekend escape. And, with activities ranging from junk tripping to scuba diving, wildlife spotting to guided walks, it is an outdoor lovers’ paradise.

Attractions
As well as some of the cleanest and most beautiful beaches in Sai Kung, there are natural attractions including the UNESCO Hong Kong Global Geopark and Clear Water Bay Country Park, and temples including Che Kung Temple at Ho Chung.

Bars and restaurants
Sai Kung is a mecca for seafood restaurants, including two with a Michelin-star, while Metro City has plenty of fast food favourites.