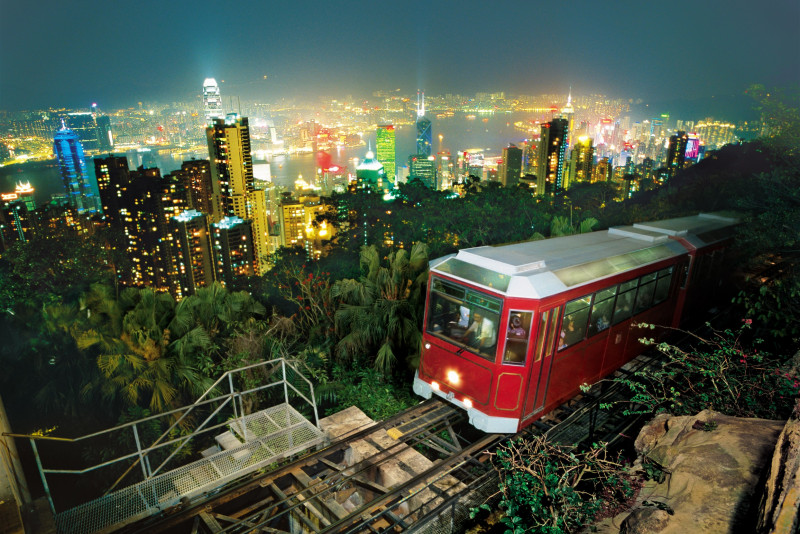 Ask most people where the centre of Hong Kong is, and they are likely to tell you that it’s the Central and Western district. Located on the north shore of Hong Kong Island, this is where culture meets commodities, tourism meets trade, and skyscrapers meet the sea.

Widely recognised by its striking skyline, Central and Western is home to Hong Kong’s central business district, its government headquarters, the Hong Kong Stock Exchange, and a huge concentration of international banks and multinational corporations. As you’d expect from any city centre, there’s a blend of the past and present. Architectural marvels such as the asymmetrical Bank of China (BOC) Tower and the hi-tech HSBC Building overlook historical buildings and monuments such as the Old Supreme Court and Cenotaph.

Widely regarded as the beating heart of Hong Kong, this is a place that never sleeps and is always moving with the times. There’s a thriving nightlife here, and some of Hong Kong’s newest restaurants and trendiest bars in areas such as SoHo and Lan Kwai Fong. It’s also a shopper’s paradise with upmarket malls connected by covered and elevated walkways, alongside traditional markets and curio shops; just the window displays in the luxury LANDMARK mall are a sight to behold. Attractions include the Hong Kong Zoo and Botanical Gardens, Victoria Peak (which can be reached by taxi, foot or The Peak Tram), a ferry ride across Victoria Harbour, Man Mo Temple and the Hong Kong Observation Wheel.

It’s not hard to understand why people to choose to live in this district. While the rents may be high, it’s only a short commute to the CBD, you have everything on your doorstep, there’s an abundance of international schools, and you’re only a short distance from Hong Kong’s natural sights. Many would say that’s a price worth paying. Popular affluent neighbourhoods are centred in The Peak and Mid-Levels, but older properties are also available in Sheung Wan, Sai Ying Pun and Kennedy Town.

Healthcare
Private hospitals in the centre include Canossa Hospital and Matilda International Hospital.

Attractions
Hong Kong Zoo and Botanical Gardens, Victoria Peak (which can be reached by taxi, foot or The Peak Tram), a ferry ride across Victoria Harbour and the Hong Kong Observation Wheel.

Shopping
There is a wide choice of shopping malls within the centre, many of which are connected by covered and elevated walkways.

Bars and restaurants
Cheap eats, family favourites, Michelin star restaurants and dining hotspots – the city centre streets are lined with eateries serving every global cuisine imaginable, as well as trendy cafes and bars around every corner.